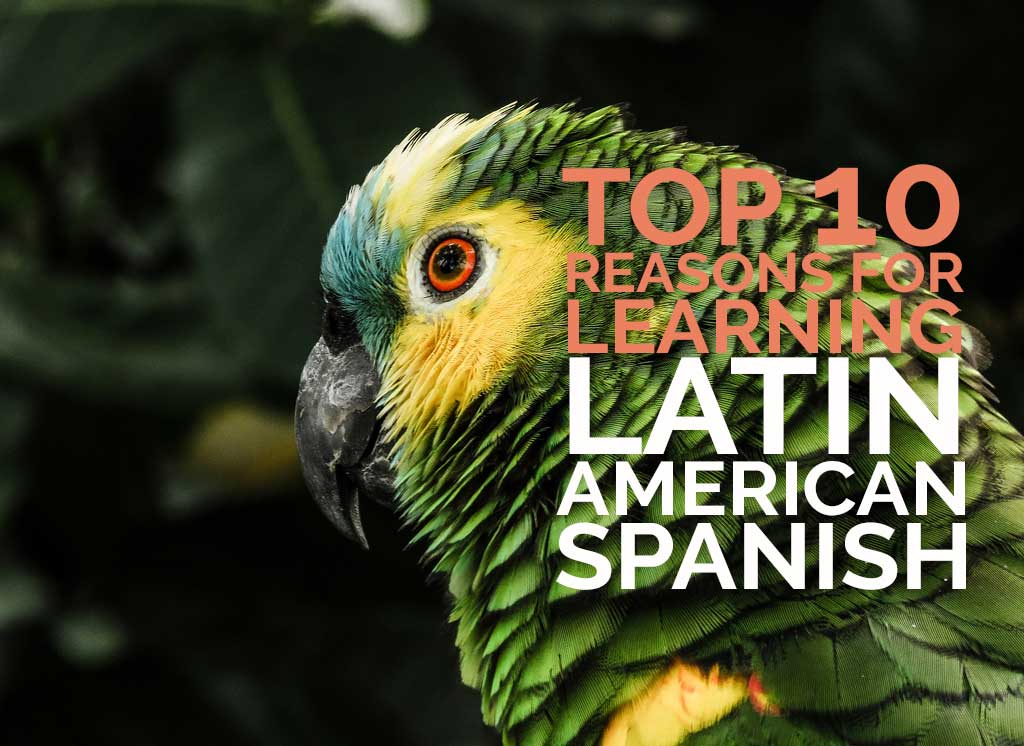 Our advice is to focus on the target Spanish of your destination country and learn it well. That will help with 90% of all the other dialects. I’d go as far as saying that all variations of Spanish in South America and Central America are more closely related than each other than to the original language of Spain. So which version of Spanish should you learn? Well, we’ve got some good reasons to convince you to choose one track over the other.

Spanish is a rich and colourful language with plenty of history. As one of the most widely spoken languages in the world, having a good Spanish vocabulary can positively impact your life in many ways. It is the fastest-growing language in the United States and the second most widely spoken.

As Spanish continues its upward trend, many non-native speakers have found opportunities in life and business by learning the language. Some wish to travel, others to understand Spanish or Latin American pop culture, and others to advance their career.

Many employers in the US and Europe already look for people who speak Spanish and English. China and other countries, not traditionally proactive in educating their workforce in Spanish, are also taking note. To stay ahead of the competitive curve in the job market, a good command of Spanish can propel you to a position that may not have existed even five years ago.

While it’s true that most of the world has a grasp of English, travel is a much more enriching experience when you can speak the local language. With so many places to visit in the world where Spanish is the first language, lovers of travel can enjoy a deeper experience than tourists who never attempt to connect with locals in their language.

The Spanish-speaking countries with the highest proficiency in English are Argentina, Costa Rica, Uruguay, and Chile. But having a basic Spanish vocabulary and a grasp of the grammar will help in many situations.

Latin American Spanish is different from that of Spain in a number of ways. And if you plan on traveling in Latin American countries like Colombia, Dominican Republic, Cuba, El Salvador, Mexico, Peru, and Costa Rica, you will be able to adapt quickly to each region than if you’d learned the accent and grammatical forms of Spanish from Spain. Learning Colombian Spanish can help you understand the slang of Venezuela. Argentine Spanish is almost identical to Uruguayan. Chileans and Peruvians have many similarities in their dialects.

Even having a few words of Spanish when you travel will help break down barriers and open up opportunities. And speaking of opportunities…

Despite California’s Proposition 227 which states that only English be taught in schools, Spanish is alive and well in California, the world’s 6th biggest economy.   When employers look for people, they are reluctant to hire candidates who only speak one language.  As Spanish continues to grow within the United States, those who are monolingual may end up experiencing difficulties finding work in many job sectors. In a 2013 survey, high-level managers and executives were asked by Strategy + Business if language skills were important to the hiring process. A whopping 96 percent said it was “very important” or “somewhat important”.

If you work in the public sector in the US and in many large European cities, chances are you are going to work with people who communicate entirely in Spanish. Being able to communicate with them can resolve issues quickly and effectively.  Nearly 13 percent of American citizens speak Spanish at home, according to the U.S. census. Bridging the gap directly between a doctor and a patient can increase the odds of finding solutions and reaching satisfactory conclusions. This cuts down on miscommunication errors, allowing the doctor to make the proper diagnosis early.

There are roughly 350 million people who speak Spanish as a first language. In America, Hispanic consumers have become the fastest-growing market segment, and more and more products are aimed at the Hispanic audience.  The business world is starting to get smaller, and knowing how to speak Spanish will create better business opportunities.

Spanish is growing at an exponential rate, and by 2050, it could make the United States the world’s largest Spanish-speaking country.  This melting pot within the United States means that it will be a part of daily life.  Any transaction you want to make will require knowing a little bit of Spanish to complete a simple transaction.  The daily learning curve of speaking to a store clerk, or finding your way around will require knowing enough to get around.

Getting a head start with some Spanish skills will keep you ahead of the learning curve, and you may create great relationships with everyone you meet. When a large percentage of business is conducted in Spanish, the people that use the language in their day to day activities will have incredible career advantages over the ones that don’t.

People that have learned a second language experienced the added benefit of their cognitive functions declining less rapidly as they age. Learning a second language is like a tonic for your brain. It keeps your mind sharp, even in areas that don’t have anything to do with language skills.

The University of Ghent in Belgium conducted a study that showed Alzheimer’s can be postponed by learning a new language.  It can postpone the symptoms of dementia, as well.  Keeping your mind sharp and on track will help you keep on top of a fast-changing business world. The world changes fast. Businesses come and go more rapidly these days. Most businesses won’t last past 10 years. Those without the ability to learn fast will be left behind. It assists in helping your mind work properly, even as you grow older.

Learning a second language helps us become more creative. We can understand a culture better and communicate better once we’ve learned new words and begun practising every day. This allows creativity to flow and opens new doors that aren’t available to people with only one language.

Being multilingual is a crucial skill to have in today’s world.  Technology has advanced to the point where we can conduct business without leaving our homes.  While the U.S. has plenty of Spanish-speaking people, the number of multilingual speakers is staggering.  To increase production and generate more trust in the world of business, many people can benefit from learning Spanish.  It can advance careers, build relationships, and put us all on the path to understanding one another.